The movement of freight by road has always played an important role in building the Queensland economy. From the early days of horse and cart through to today's technically advanced trucks, the Queensland Trucking Association Ltd continues a strong presence and unified voice in the development of the industry.

We are proud to share the history of our Association commencing back in 1907 at the Master Carriers Association.

The establishment of the Master Carriers Association and the movement from the horse drawn freight era to the pre-war motor vehicle would be the focus including the existence of the Carriers Ranks and inner city waterfront activity.

This period reflects the growth of Mayne Nickless and innovation in the freight task. This period for road transport within Queensland includes such milestones as:

An era which signalled a stronger blend of State and National Issues and recognised in the following:

Policy debate occurred at a State and National level on:

Increased our influence, by realising tangible benefits to members and heading off a number of proposals that would have unduly influenced our businesses.  This has saw the Association attract additional members, sponsors and industry partners.  Our membership grew by 15% and industry partnerships by 40%

Successful bids for funding projects from: 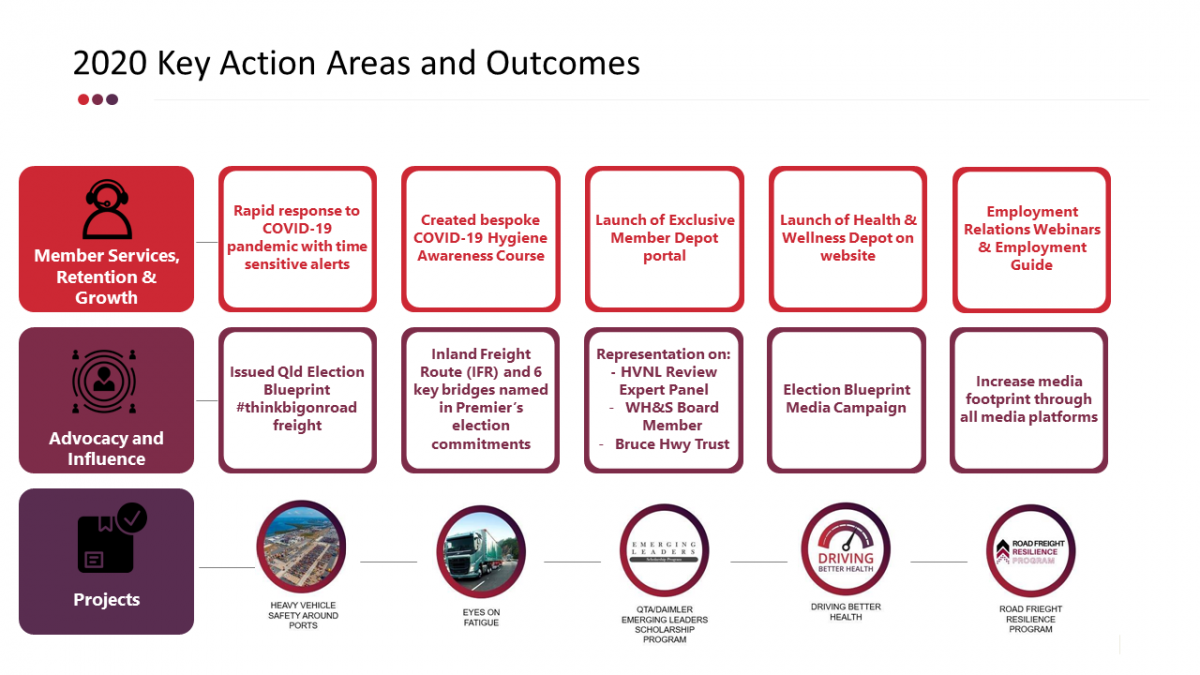